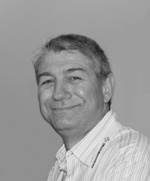 Peter Stumpf has been working in China for the last two decades as GM of the China STAR Group office. He started to work as a freelance translator in “pre-translation memory” times, recognized quickly the advantages of TM in his daily work and introduced translation memory and terminology management in the China office later on.
Peter has a diploma (MA) in translation from the University of Mainz/FASK Germersheim, Germany. Since 1996 he has participated as speaker, panelist, and with workshops on conferences and forums throughout Asia (e.g. LISA, LocWorld, FIT).